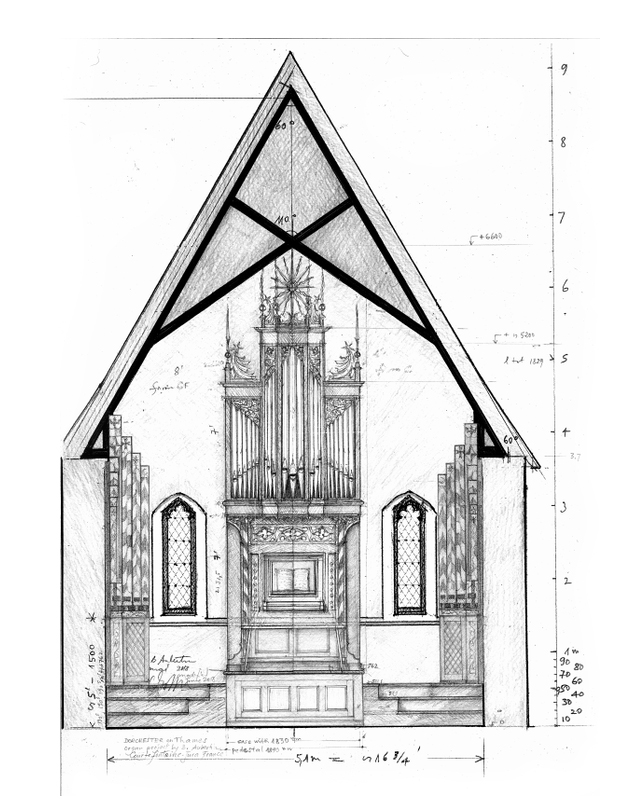 Commissioned for St Birinus Church and designed and built by internationally renowned Master Organ Builder, Bernard Aubertin, our new organ is a beautiful instrument entirely hand-crafted and designed to complement the restoration of the sanctuary. 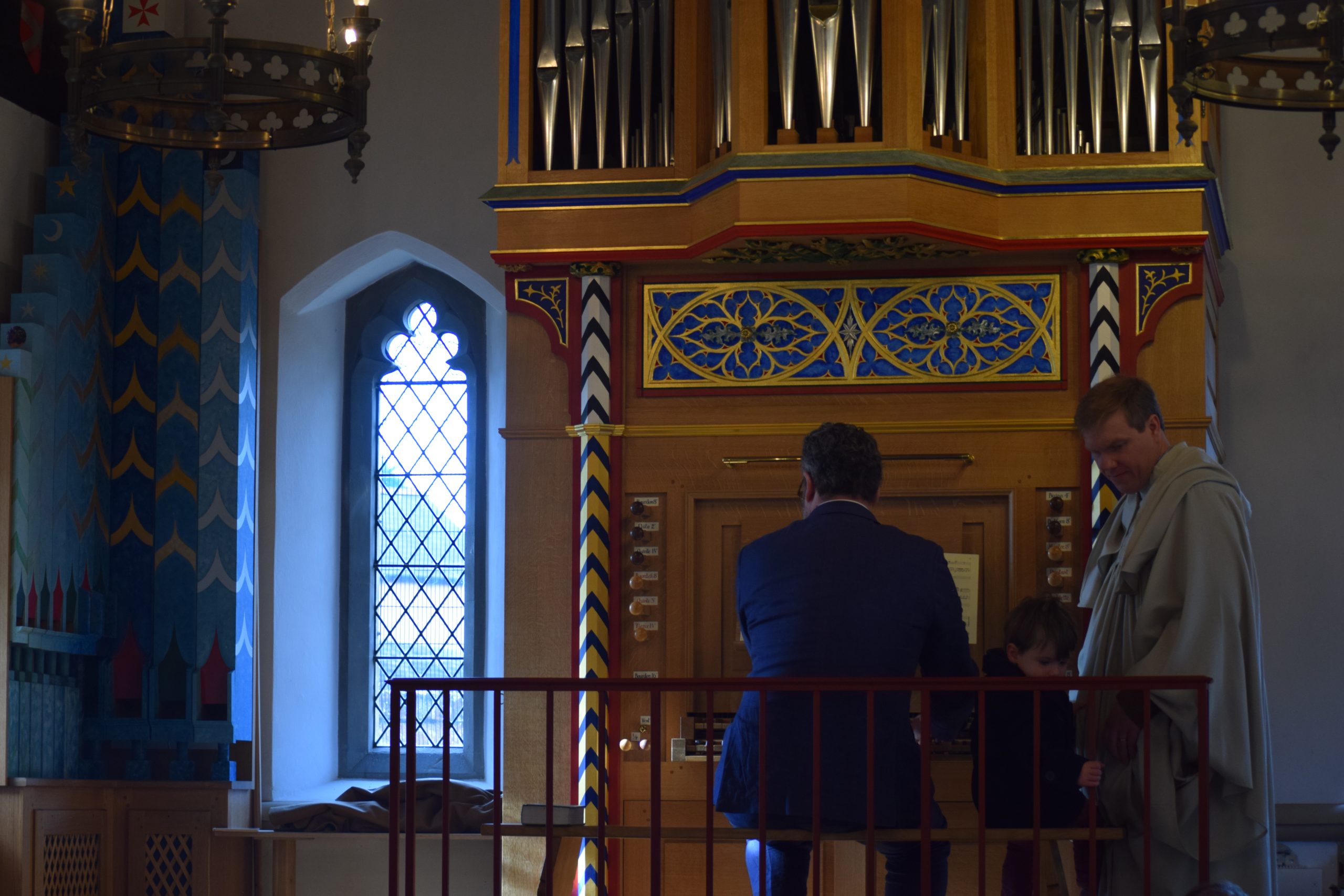 A copy of a 14th Century statue

Our Lady of Dorchester

In past times Dorchester possessed an image of Our Lady of Dorchester which was a focus of Marian Pilgrimage and devotion which was destroyed in the 1530's when Henry VIII destroyed the shrines of England.

Prayers of preparation for Holy Communion

Our Deanery and local Catholic Churches 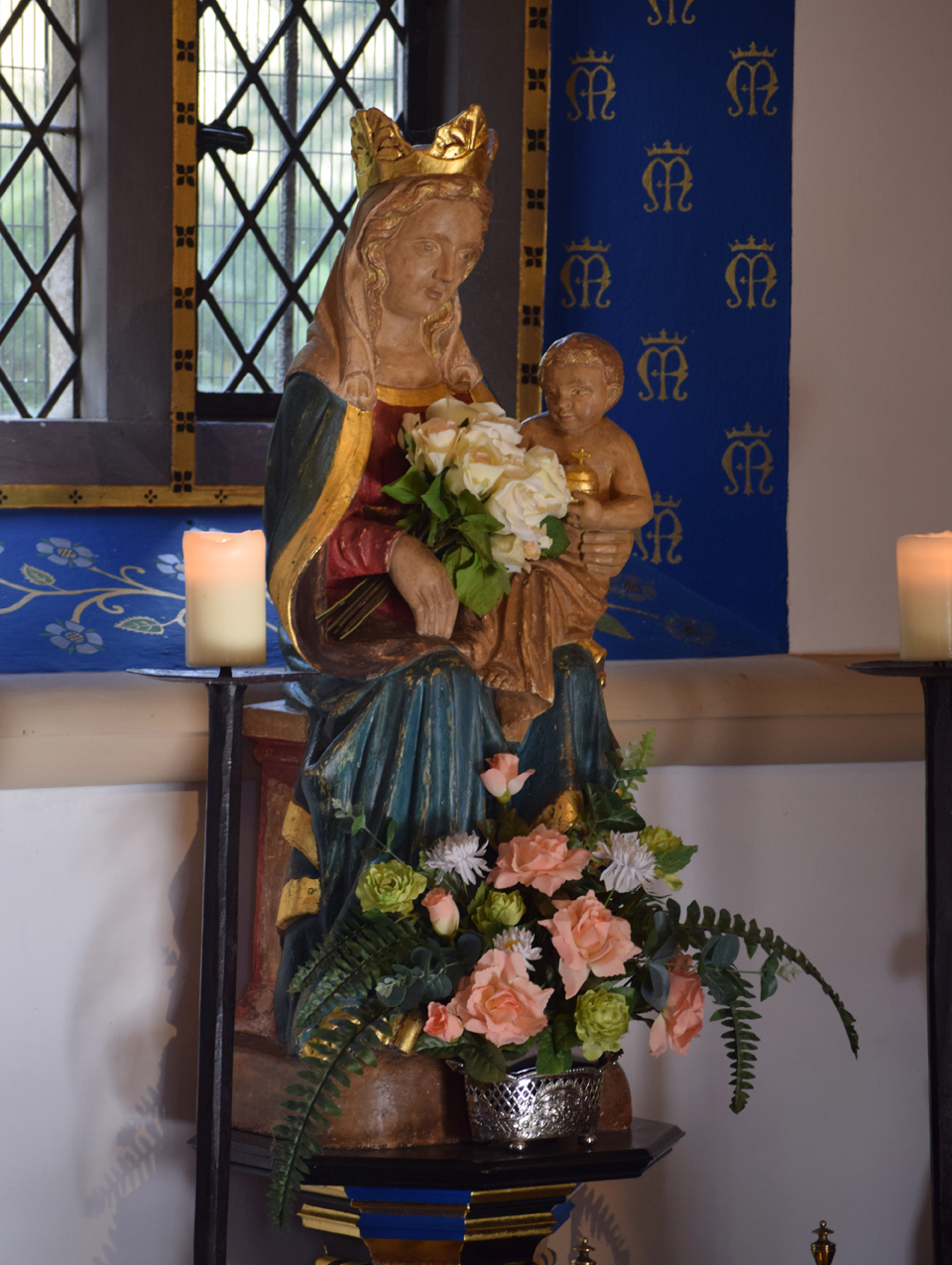 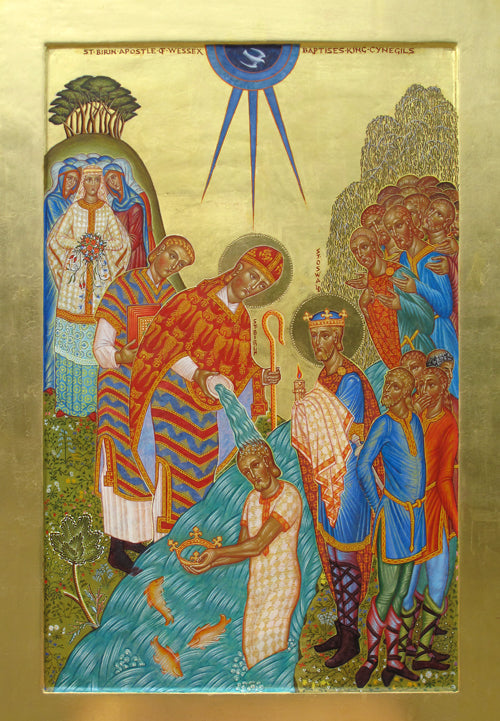 The Icon of the Baptism of King Cynegils

The icon is in memory of our dear Parish Secretary, Liz Pinniger, RIP, a suppliant of Saint Birinus.

The beautiful icon of the Baptism of King Cynegils by Saint Birinus (or Birin / Berin in an Anglicised form, hence Berin's Field), in the River Thame in AD 634, was painted by Sister Petra Clare, who lives at the Benedictine Abbey of St Cecilia on the Isle of Wight. (Abbey of Nuns).

The icon will remind us that our parish is a very ancient one. Pope Honorius I sent Birinus and a group of monks from the Monastery of St Andrew on the Coelian Hill in Rome in 634 - the same monastery from which Pope St Gregory the Great sent St Augustine and forty or so monks to Canterbury in AD 597.

Thirty seven years later, another group of monks were dispatched to England and they settled (as Bede tells us in his History of the English Church and People) that Birinus settled in middle England where he baptised Cynegils the King of Wessex.

Saint Oswald the King of Northumbria was his sponsor at his Baptism (as can be clearly seen in our icon).

Cynegils married King Oswald's daughter, and Wessex became a Christian Kingdom. A church was built in Dorchester and through the evangelisation of St Birinus and his monks, the Catholic faith was planted in this part of our country and was propagated very successfully.

The Diocese of Winchester was founded from Dorchester and the Diocese of Lincoln in 1084 by King William Rufus. From this simple beginning - the baptism of the King in the waters of the Thame, the Church experienced a great flowering. 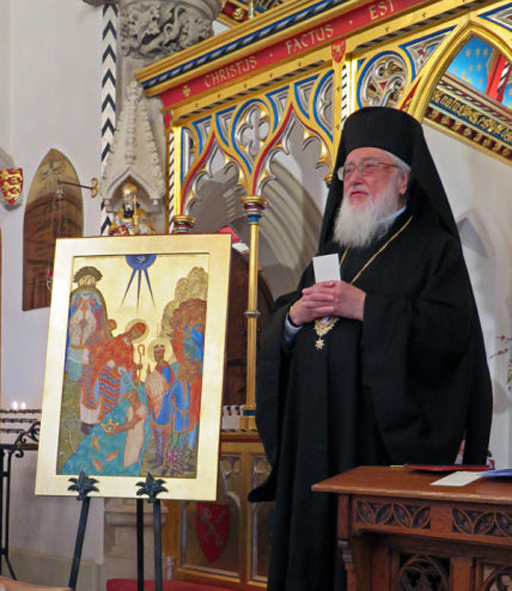 The Most Reverend Kallistos Ware, Metropolitan of Diokleia blessed the Icon on Trinity Sunday, 15th June 2014.