Liturgical music at St Birinus is provided by The Davey Consort, directed by organist Ryan Wiggelsworth

Established by the composer and conductor Ryan Wigglesworth with soprano Sophie Bevan MBE in 2017, The Davey Consort takes its name from John Davey of Overy Manor, an innovator in farming practices of national significance who, in 1849, commissioned the building of the beautiful Catholic Church of St Birinus.

The Davey Consort was founded with charitable status, to promote greater knowledge of, and wider access to the performance of Gregorian chant and sacred music of the sixteenth and seventeenth centuries, both in concert and within the context of the Catholic liturgy. The choir performs traditional Mass Settings by eminent composers at the 11.00am Sunday Mass and Feast Day Masses according to the Traditional (Tridentine) Latin Rite. The settings are selected and transcribed by Francis Bevan, who has a franchise and access to the Vatican Library, which includes many little-performed works by, among others, Palestrina, some of who's works have never been heard before. Generally, the choir is an ensemble of five parts: Soprano (Sophie Bevan MBE), Alto (Francis Bevan), Tenor (Dominic Bevan), Barritone (Daniel Tate) and Bass/organist (Ryan Wigglesworth), however at times the choir sings unaccompanied, and with different parts and participants including Mary Bevan MBE and Daisy Bevan. For more information on The Davey Consort, please visit https://thedaveyconsort.co.uk/ 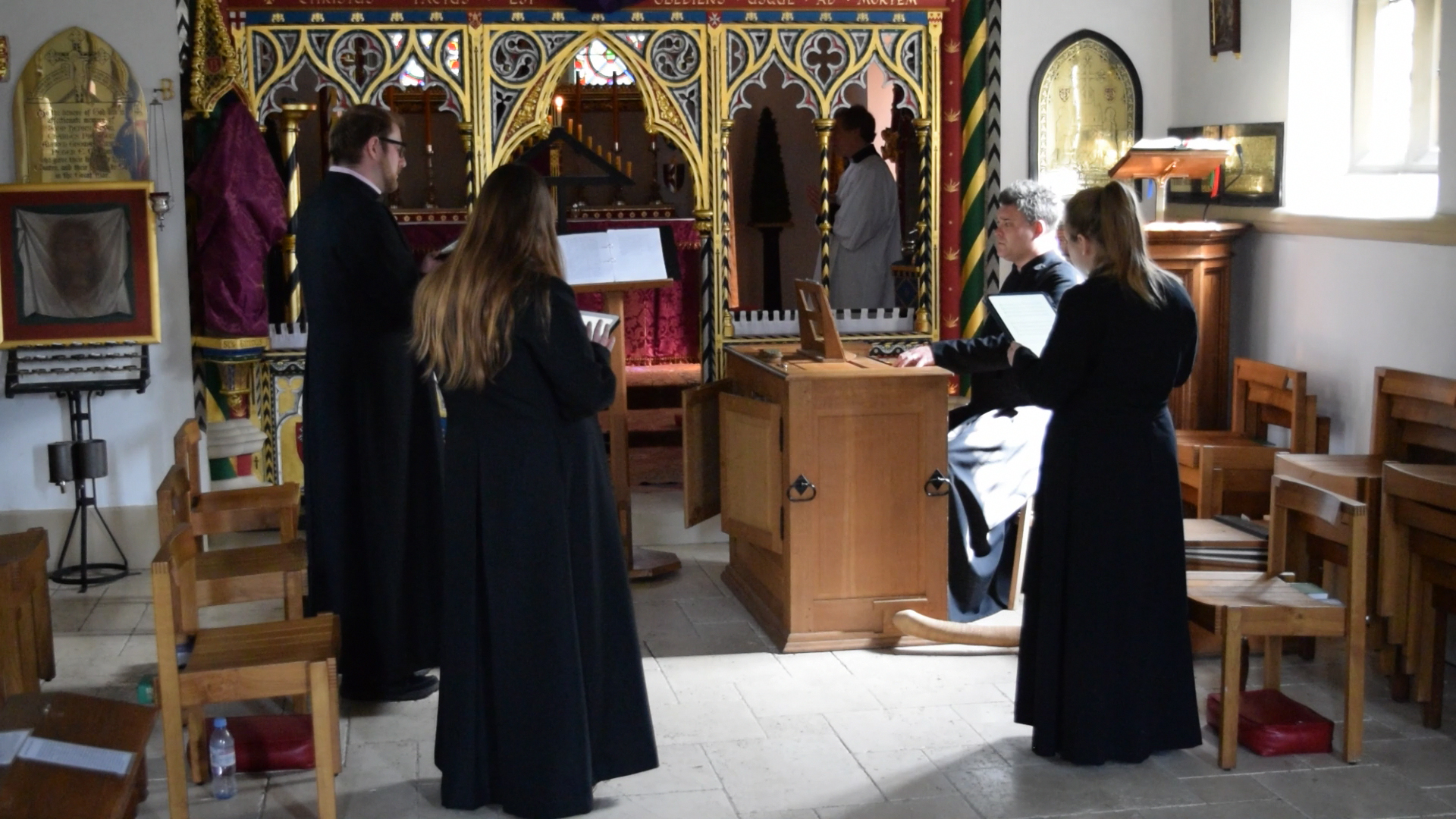